Political spectrum explained: this article explores the grey side of life and discovers the similarities between moral and political stances.

As kids it’s difficult to comprehend the moral concepts of life. Thus parents and teachers make it easier for them by terming everything as good & evil and right & wrong. We tell our kids such stories so that they can pick up these moral concepts fast.

It’s only much later that we understand the real world we live in and start seeing the grey parts. Our moral compass, which up until now, could only have perspectives in absolute black and white, begins to broaden and starts seeing more shades.

Our spiritual texts have tried to impart such wisdom to enlighten us on the grey scale of moral spectrum. However, these are understood by us only at a superficial level. No one wants to talk about the grey side of our gods in religious texts. We avoid such discussions or we oversimplify them and dilute their meaning.

Today we live in world where back and white shades of an idea are being exaggerated through social and new media so much that our moral or political compass takes notice and registers an idea only when it’s a strong shade of black or white, and ignores the grey side.

So what is this Moral or Political Spectrum?

Consider a straight-line segment. At its right end is an idea, say fascism, and on other left end is the opposite of this extreme idea i.e. communism. These being extreme ends can be considered black or white. A moral spectrum could be similar for any idea that can be categorized as black or white e.g. revenge is a justified act or it isn’t. Most moral discussions always involve characters who fall somewhere on the grey scale. There are often seen in movies like The Good The Bad & The Ugly, Dirty Harry, Zanzeer, Kill Bill, where the protagonist’s moral compass falls somewhere in the grey area. However these pictures seem the most relatable to masses.

Seeing the world in black and white or absolutes is much easier to understand. It requires much less thinking once you have made up your mind. Think of it as being at the far end of the political spectrum. And once you are at the far end, it’s very difficult to convince yourself to move to the center or the other far end.

Why People Love to Talk in Black and White?

People love to always present ideas from the diametrically opposite side of the political spectrum to counter an idea, even if it may not make sense. A current example is the farming reforms tabled by the Indian government. These have been recently proposed, aiming to liberalize the Indian agriculture industry. If go a little deep into the history, you will find that almost two decades ago, the then ruling party had proposed the same reforms. However, at the time, the present government, which was then in opposition, opposed these reforms (in 2001, parliament session- 1st week of November). Furthermore, the current opposition party had these exact reforms in their party manifesto, and even so, are still opposing them now.

This may seem extremely hypocritical for both these political parties. It even seems that any opposition party’s job, when they are in opposition, is to oppose no matter what the point is. In fact there is term called ‘oppositionism’ to define this exact political behavior.

People and parties do this very frequently. The reason behind this is just that they want attention and to stay relevant in any possible way. It doesn’t matter what you stand for, what matters is that you are standing out. And if one is not able to stand out, one becomes irrelevant. 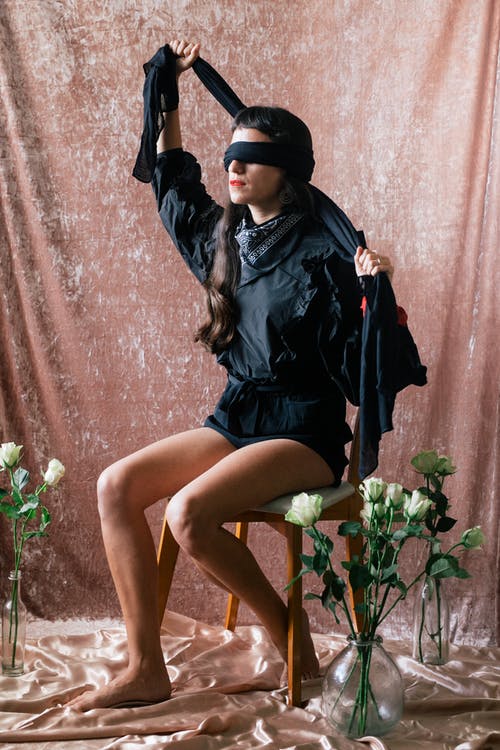 Over time, people forget what you stood for in the past, what would matter is that you stood for something. It’s the first step for anyone to get in the minds of people. Celebrities often take up an opposing stance or lean towards the left wing politics to keep themselves relevant. Aamir Khan for example, created a social media uproar in 2016 with his remarks about “intolerance in India” and his wife wondering if they should “move out of India.” Over time, people forgot the exact statement that caused the uproar and just remembered the outspoken celebrity. There are countless other examples of this of celebrities who at different points in their careers have gone against popular opinion to remain in the public eye.

In today’s cluttered world of social media, only those who take an extreme stance get noticed. Those with more neutral opinions rarely get noticed. J.K. Rowling’s recent tweets taking an extreme stance on transgendered people is an example where a really strong opinion is creating countless headlines even if it’s unpopular.

How is this Affecting Us?

The US political scene is so easy to comprehend that the whole world follows it like a daily soap. With just two options, you are either here or there. Thoughts like, “Am I left or right-wing,” as entertaining for people. It’s easy to take sides and view a match.

The Indian political scene is so complicated that an individual takes precedence over their teams. It’s so difficult to decipher which side one is on in the spectrum of political ideologies. The teams on the left, right and center are so mixed up in ideologies, that the masses have been disinterested for a long time. However, things have changed in the last two decades, when Indians started seeing the darker and lighter shades more clearly.

How can we See the Grey Side?

Politicians are people who understand the of things grey side. Most popular and successful people portray an ideological image, which is closer to the center of the political spectrum. Instead of being on far left or far right, they generally take a center-left or center-right position. They know for a fact that our minds can sway from time to time. No ideal or ideology lasts forever. Life always comes full circle. What was right will become left. So the best way to survive is to sway with the times and moods. One needs to be flexible enough to see the pragmatic aspect of life.

We may love to see the world through a rose-colored lens or from a particular point view, as it gives us a certain moral structure and a sense of individuality. However, it’s always wise to avoid such biases and be flexible enough to be able to view the grey side.

Today we like to see our politicians as black or white, or rather, light grey or dark grey. The over exposure of new media with their stickiness-focused algorithms has further made this picture more vivid for the masses. The more we accept the grey part of our life, the more we shall be able to make sense out of life.

Why Does the World Look so Politically Polarized Today?