Discussing gender-equality, Abhishek Sareen shares how the Indian society pressures men to be the sole-earners and how the modern man prefers to marry a working woman for a financial & social balance. 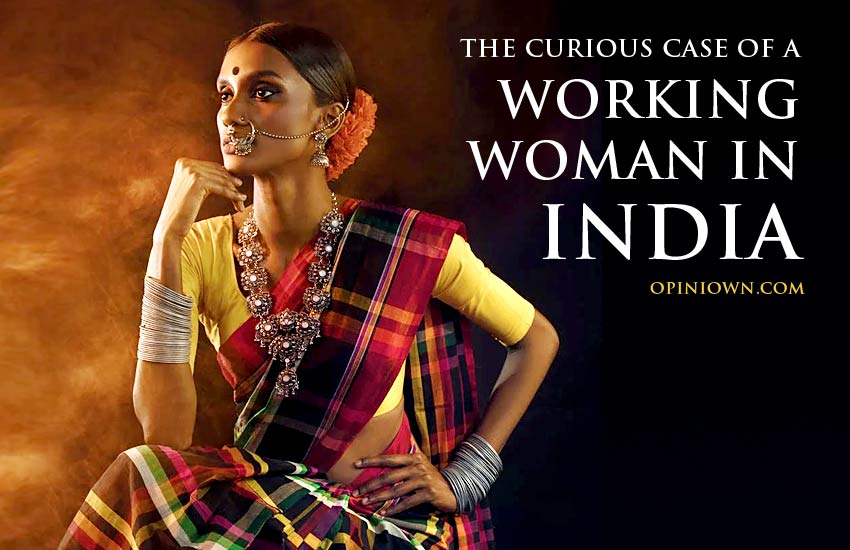 Women often complain that they live in world dominated by men. Well as an unbiased man, I wouldn’t disagree. There every reason to believe that men dominate decision making in everyday life. What I want to discuss here is the psychological and social standing of a working woman in India as compared to house wife. Before I dwell further, let’s try to get into some statistics.

We would like to believe that post Indian liberalization in 1990s, women would have started participating more in the labor force. However, this is far from the truth. On the contrary, women participation has been steadily declining. According  to International Labour Organization, ILOSTAT database in March 1, 2020, female labor force involvement fell from 35% in 1990 to 20% in 2019 in India. 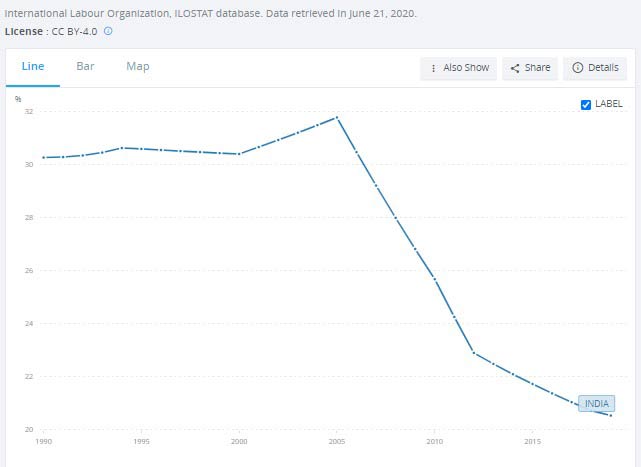 Today, despite rapid economic growth, only 1/5th of women aged 15 and above participate in the labor force in (compared to 80% of men). Indian society has considered a husband’s duty and responsibility to be the primary provider for his family. It would be considered shameful if the wife earns more than the husband. Most Gen-X men would always want a non-working wife for themselves. Even their parents would prefer a housewife bahu (daughter-in-law) to join family. A post graduate woman may sometimes be a put off for most Indian families. 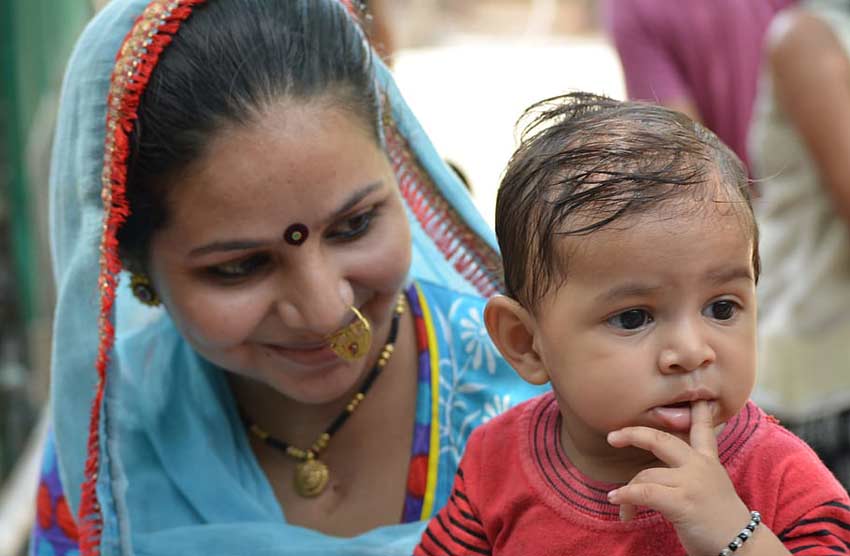 The Educated Women were Raised to Become Housewives

For these Gen-X men, seeking a working woman as their life partner would make them be considered not very capable providers for their family and may be looked down upon. Indian families look for homely brides with an expectation that they won’t work after marriage. “Homely” is one of the most common keyword in matrimonial ads by grooms & bride profiles (online & print) even today by Indian families, even though it’s often accompanied by “convent-educated”. 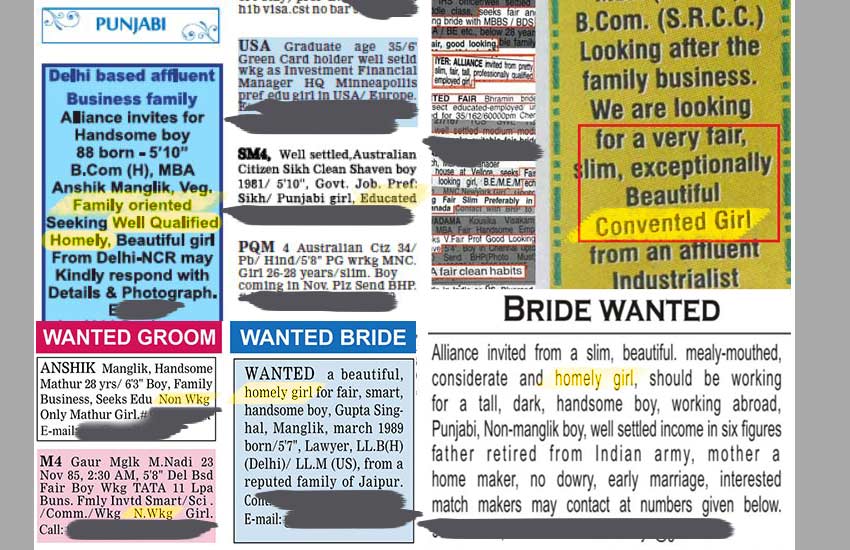 Matrimonial expectations from Indian bridegrooms and their families

Indian cinema from 1960s to 90s has always depicted the married woman as a homemaker. We can see this depiction in some of the most popular Bollywood movies of the 90s, too. Examples include Hum Aapke Hain Koun (1994), Dilwale Dulhania Le Jayenge (1995), Kuch Kuch Hota Hai (1998). These films never focus on the career of a heroine, despite her being well educated, whereas the hero is shown to be financially well-to-do. This is nothing but a reflection of the Indian society.

For that generation, having a homemaker wife was believed to be a status symbol. These families tried to subconsciously communicate that their boy and family is so well off they will never need any extra income. But they didn’t mind getting dowry instead. According to a paper Dowry Demand And Harassment: Prevalence And Risk Factors in India by Visalakshi Jeyaseelan published in the Journal of Biosocial Science, “A generous dowry is perceived by many parents as essential to ensuring that their daughter is treated well in her new home.” 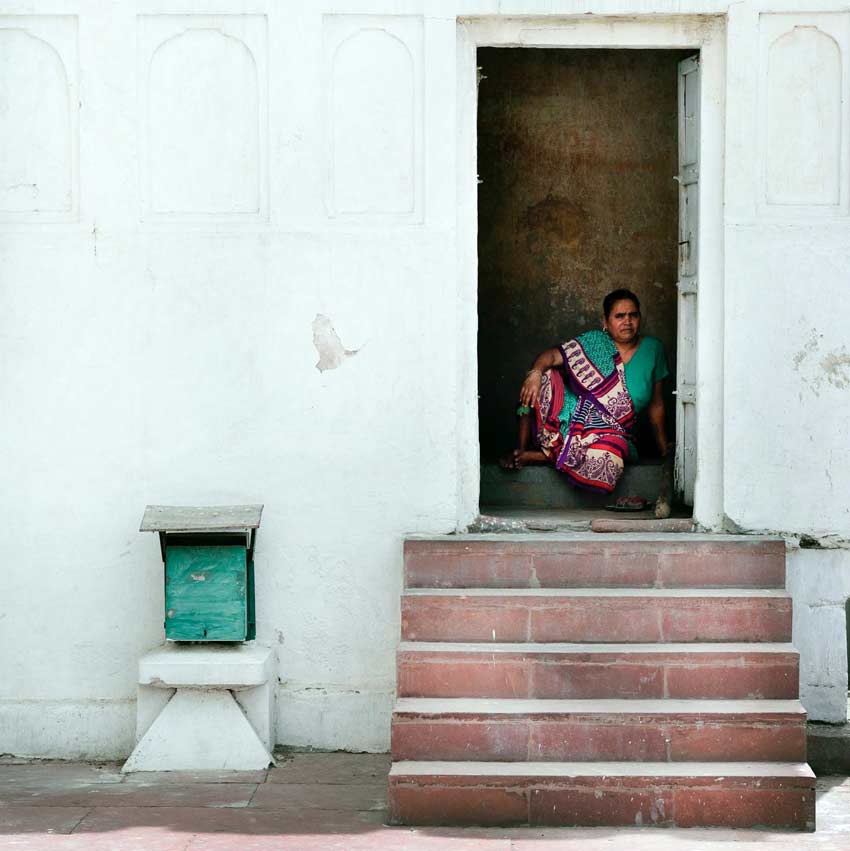 The Indian dowry system is a whole other conversation, which I will talk more about some other time. The system prevailed more due to the Indian women’s lack of rights over her parents’ property. Ever since the amendment of the Hindu Succession Act of 1956 was passed in 2005, the practice of dowry has slowly been declining. But it is still common.

There are many other obvious reasons why a Gen-X man and his family would want house wife who just has, what they call in the Indian matrimonial scene, “a basic qualification” meaning a non-professional college degree.

In 1998–99, a group of biosociologists conducted a cross-sectional survey of almost 10,000 married women across India. According to the survey, “Once married a woman is expected to take on the responsibility of looking after her household members, and more importantly to bear children. Women are restricted to their household duties and totally submissive to the will of their husbands and in-laws.”

They hope that such a bride won’t argue with her in-laws. She would not be very confident and thus would be a conformist, content with house-making and doing daily chores. With time on her hands, she would focus on creating a family and other things that are expected of women in patriarchal societies.

With such expectations from men and their brides, someone has to pay the price for it. The Indian society expects a man to be the sole bread winner for his family. In case he’s not able to do well, he is considered a failure. With no backup plan for most salaried men, they are so overly dependent on their jobs that they become insecure about it. With no other alternate income or fall back on, men live in constant fear and thus feel the pressure of supporting their completely dependent families.

The Gen-Y or millennials (currently 23-38 years olds – born 1981-1996) have experienced this growing up in their homes. And they don’t comply to Gen-X non-working woman philosophy.

In 2017, research consultancy firm Gallup surveyed 149,000 people in 142 countries. According to its report titled Towards a Better Future for Women and Work: Voices of Women and Men, 65% Indian men want women in their families to work paid jobs. Moreover, this preference seems to keep increasing over time. Indian men below 30 years old are 13% more likely to prefer women to work in some kind of paid job than those above 30. 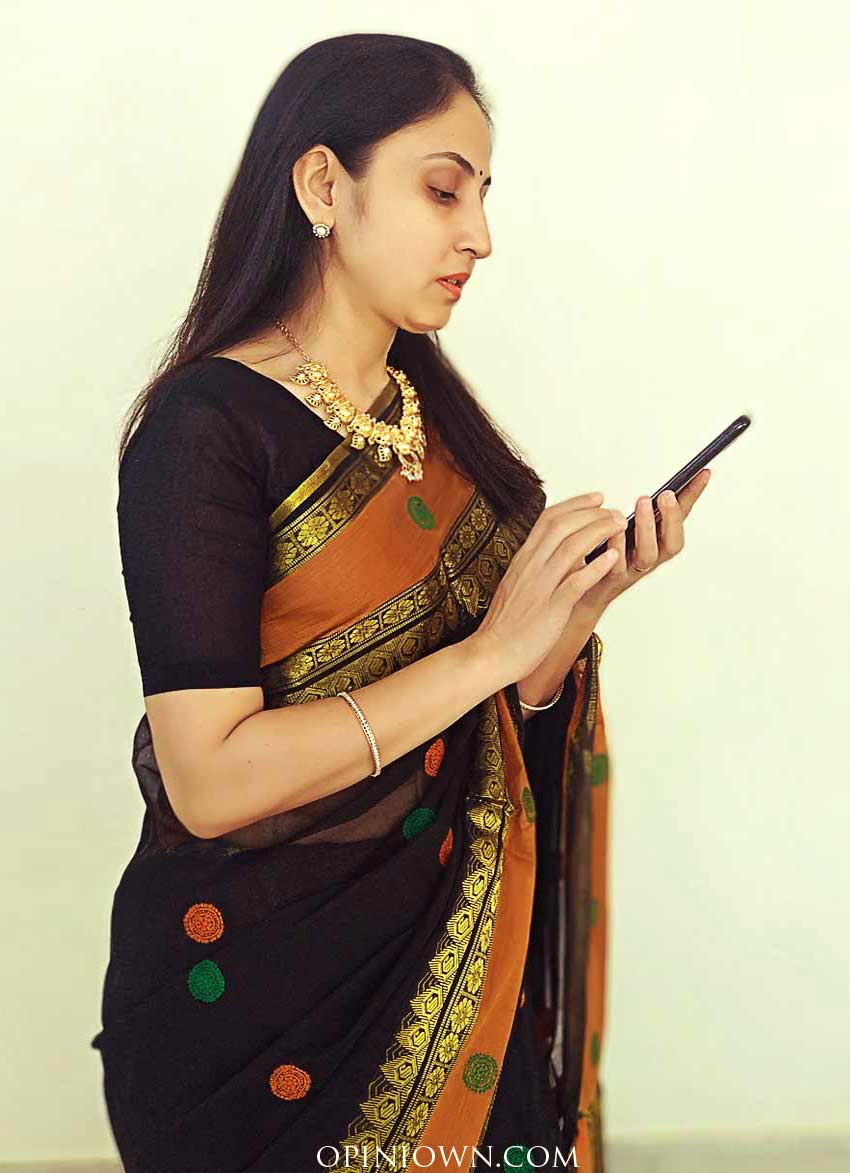 But Do Women Want to Work?

So Indian men want earning wives. Yet there still seems to be a disparity in the number of working women in India. The steady declining labour participation rate of women in India suggests that many women prefer to be home-makers.

“At the time of me getting married, I did prefer a working woman over a housewife,” says Rahul Ahuja, 40, an IT professional from Chandigarh, “considering the fact that working women have higher intellect and can add somewhat to family income also. At the same time, I preferred her choosing a profession that does not consume much of her time, such as school teacher or home tuitions since she also has to take care of household stuff. There was no pressure from family to get a housewife, but my wife herself wanted to choose that profession. She preferred to give undivided attention to home, so I supported her decision. In the long run this turned to my advantage as she could accompany me on my frequent movements in and out of India without any hassles of her changing jobs.” 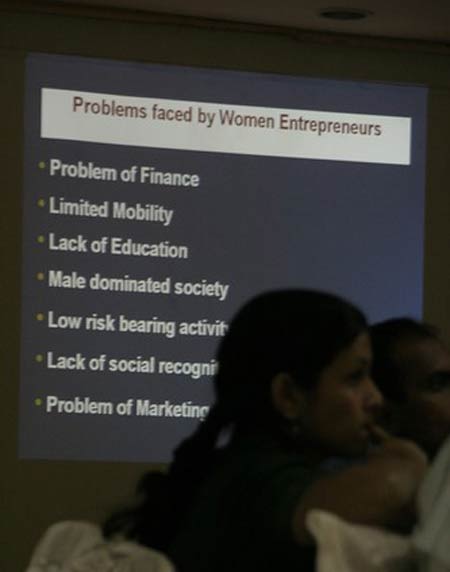 Understanding the Importance of Winning your own Bread

For women, there are big advantages to be able to win your own bread.

The primary is the economic reason, which makes you independent or rather not dependent on anybody. This independence removes any financial leverage that any family or person may have over a non-bread winning person.

With independence comes increased self-confidence and self-esteem. These traits may then intimidate others especially elders who expect who expect submission and conformity from youngsters. When a working woman is capable of earning her own living, it makes her a stand-alone power center. Gen-X family parents, who strongly believe in a patriarchal society, don’t like sharing power with a woman who has newly entered their lives. 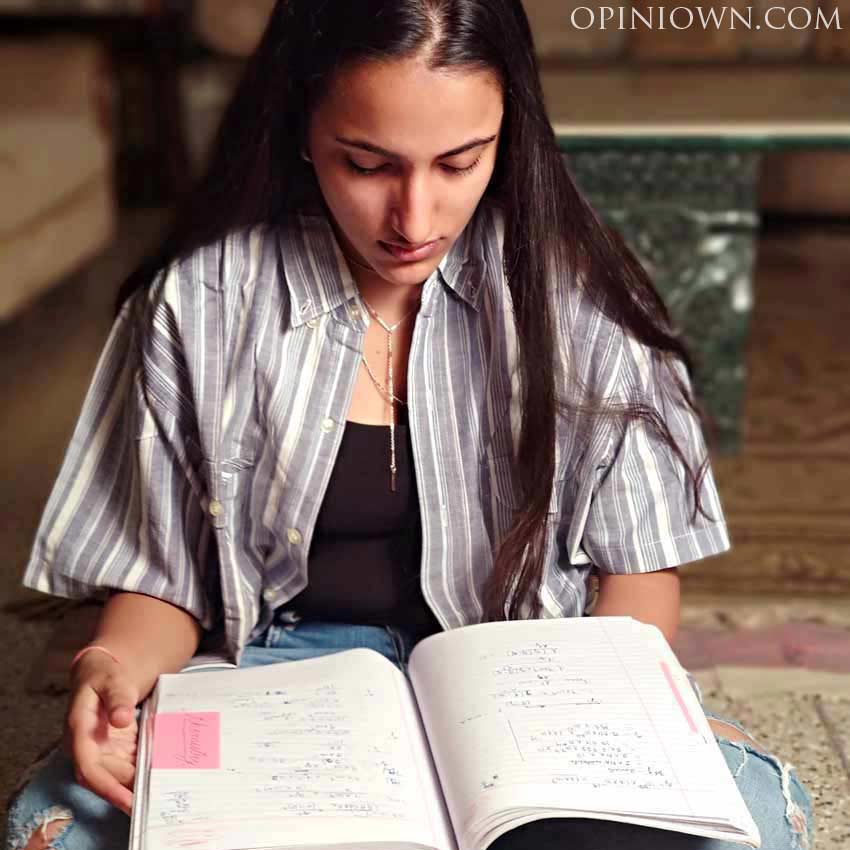 The third advantage is that earning members of a household participate in its decision-making. They are treated respectfully by family members. While non-earning housewives do receive respect in many households, studies show that that’s the exception, not the norm.

According to Visalakshi Jeyaseelan’s 1998-99 survey, “Nearly 70% of the women did not have any voice in decision-making, with this being the highest in the urban slum areas (71%), followed closely by the rural and urban non-slum areas (69% and 63% respectively). Similarly, being humiliated was also commonly reported, with over 80% of women across all three study strata experiencing it.”

4. Sharing the Financial Burden of Household

Millennials (Gen-Y) men welcome the participation of working woman in their households. It eases them from the financial and societal pressure of being the sole bread winner of their family. Based on my personal experience, most Gen-X men may frown upon this. They consider the millennial men lazy and less manly. While looking for a bride for myself, people often doubted my intentions of wanting a working wife. They wondered if we didn’t have enough family income to “afford” a housewife.

There are many areas that can be worked upon to empower women, such as succession and inheritance laws. For years, women in India have been discriminated against. They have been denied the right to ancestral property, the right to work or participate in family decision-making. For generations, the Indian family has dismissed the right of a woman to work as a trivial issue.

However it’s really as much a power struggle as it is a societal pressure, which ultimately falls on both genders alike. In my opinion, working woman becoming the norm can ease the pressure on the man to run the household as well as let women share decision-making power.

Independent Woman: Why Every Woman Needs to be her own Knight in a Shining Armour