In his second article in a series about Netflix’s eastern content, Amin Bagheri, researcher of International Relations & Political Science, discusses a few Netflix TV shows that failed to impress the audiences of their intended countries.

Netflix, as one of the strongest Internet movie and TV series companies in the United States, has proven over the past few years that it can make movies and TV series at different levels and for different age groups and attract the attention of its audience. Netflix, after starting with film and serial distribution, has long since entered into content production; and its budget seems endless.

Many US cable networks are currently forced to cancel their projects due to lack of funding and are forced to outsource their part-time projects to Netflix. This network will continue these projects as long as its policies require. Almost two or three years ago, Netflix started making serials and movies that are the product of cooperation with different countries, to communicate more with the world audience and spread western ideas. But such a thing naturally should not contradict the norms and socio-cultural values ​​of the partner countries.

Foreign TV Series on Netflix: To Binge or not to Binge?

In this regard, Netflix, using the writers of these countries and, of course, under its ideas and policies, prepared projects that are more so-called more tangible for the general eastern audience, and in simpler language, this time Netflix asked the people of eastern countries to influence characters who speak their language. “People’s tastes are very broad, even in a single market. [We] bring engaging stories from many cultures to people all across the globe,” says a statement from the company’s investor page. Netflix TV serials such as The Protector, Mr. Sunshine, Sacred Games, and Jinn were among these serials that were produced in the past few years and aired on the Netflix network.

The Protector is the name of a fictional-superhero series made by Binnur Karaevli, produced by Netflix in 2018. The story of the bodyguard series is about a young man named Hakan who is the son of an Istanbul antique dealer. But in fact, his generation reaches the bodyguards who are legendary creatures. 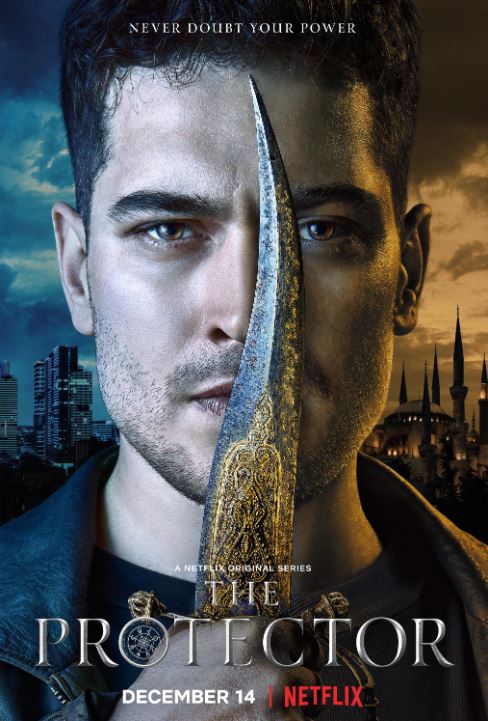 In this series, the main storyline goes back to the Ottoman era and the reign of Sultan Muhammad II (known as Muhammad the Conqueror), whom Westerners, and especially Europeans, do not remember well for his victories over the Christian sultans. So it is natural that in this series, Sultan Muhammad is portrayed as if, after his victory over Constantine XI, his entire country was once plagued by all kinds of calamities and demons infiltrated.

Meanwhile, according to the story of the series, the only person who can save the empire of Sultan Mohammad and preserve the country is not the victorious Sultan himself but the protector. In the protector series, actors who have faced similar to famous mannequins and popular American actors are used to look more like an American series.

The selection of actors such as Çağatay Ulusoy, Hazar Ergoçlu, and Ayça Ayşin Turan, who are considered young international figures of Turkey, despite a lot of publicity, could not compensate for the weakness of the script and the lack of storytelling. On the other hand, the lack of action scenes and clashes Strong, which is the main spice of superhero series, has made it impossible for the bodyguard to attract many Eastern audiences. For these reasons, the series Protector cannot satisfy the general audience of the Turkish series in the East and certainly does not have the potential to compete with the American superhero series.

Mr. Sunshine‌ is the name of a historical, drama, and romance series directed by Lee Young-book, produced by Netflix in 2018. The series takes place when the US government army was sent to Chosun in 1871. The story revolves around the life of a teenage boy named Choi Eugene. Choi Eugene lives in a poor slave family. One of the biggest cultural problems in South Korea has been the classification of people based on rank and family status. 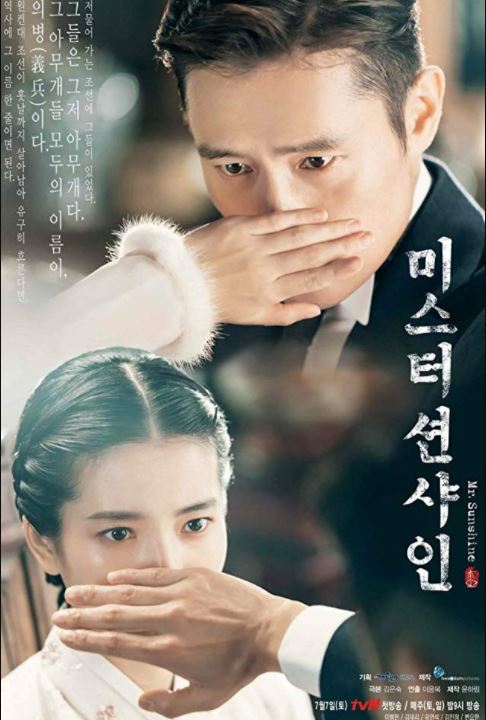 This is something that the audience sees in many Korean series. In Mr. Sunshine, the series follows the same inhumane way and the so-called cultural weakness of the Korean people. And the series suggests to the audience that the people of this country were so trapped in their social status in the past that they had no other chance to live. Although this is somewhat true, the process that Mr. Sunshine’s series is going through is as if this weakness is institutionalized in the Korean people and even the passage of time cannot eliminate it.

In other words, the story of the series shows that these people were once slaves and now they are seemingly free. However, they still need a master to serve them, because according to the dialogue of the former slave in this series, common people of this country who were once slaves forever, will remain in this role even if their times change.

Mr. Sunshine, despite receiving countless awards, failed to gain popularity among the general public of Korea, and according to the ratings, this series was not included in the category of most-watched Korean series. But Netflix did not disappoint and has now launched new series such as Al-Hamra Memories in South Korea.

The Holy Games series is based on the thriller Vikaram Chandra of the same name. The story is about the life of a policeman named Sartaj Singh, who works as a police officer in Mumbai. Demonstrating it as the cause of India’s backwardness. In Sacred Games, it does not matter whether the religion of the characters is Hindu or not, in the opinion of the author, all these religions are the only games played by politicians to entertain and entertain the people. 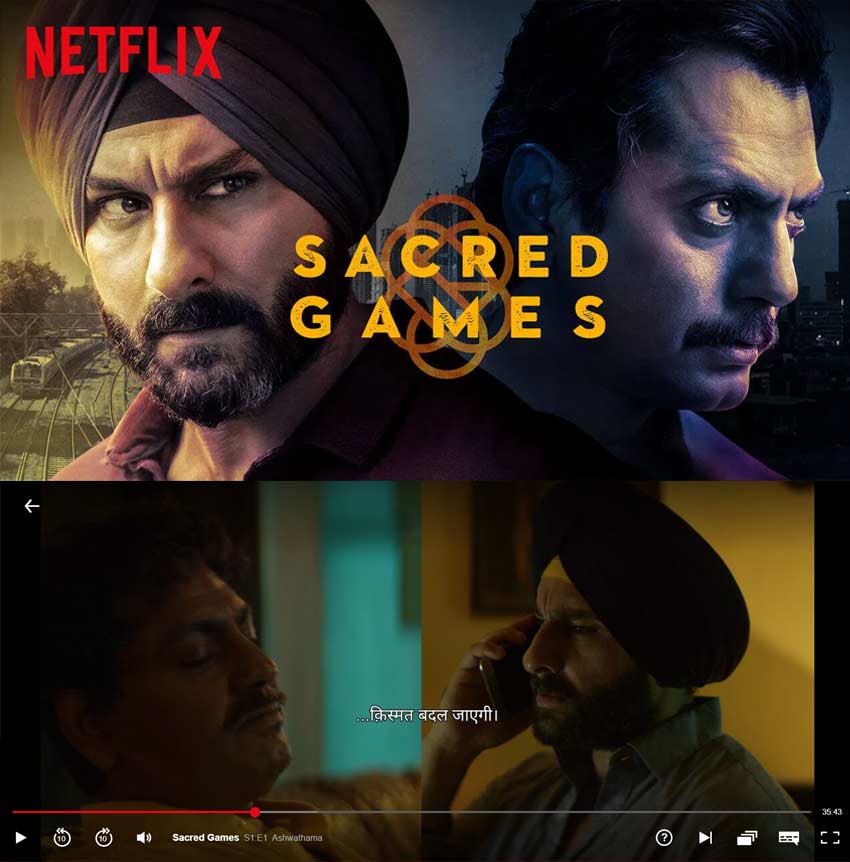 The interesting thing is that in this series, the audience constantly sees people from different religions who are strongly prejudiced against the religious practices of their sect, but do not have the slightest bit of humanity and good deeds that are emphasized in every religion; This is portrayed as if in the religion of these characters, there is never something called moral teachings, which is a pure lie.

Jinn‌ is the first teen fantasy series of Netflix in Arabic, made in 2019 with Arabic-speaking actors. This series is a supernatural drama that tells the story of a group of teenagers with young Arab characters. Adolescents whose lives are shattered by the appearance of an immaterial being. They must stop this demon that intends to destroy the world. 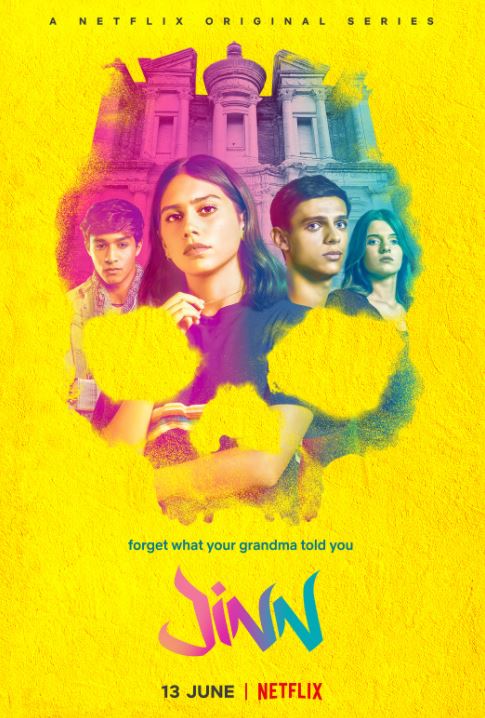 “In the Middle East, it is very common for people to know someone and have a story to tell about the genie,” Qandur, one of the writers of the series, said in an interview. So why not turn them into a fun and mysterious adventure for everyone to enjoy? Netflix’s investment in the Middle East is now commendable and can change everything.

In closing, the interest of the American network Netflix is expanding its world in the form of original series in Eastern countries, as if it has just begun, but is expanding rapidly. Furthermore, Netflix will never back down from the markets it has entered. But relying on the fact that cinema is one of the strongest elements of a nation’s culture and society, it should not seek to instill western culture around the world. Instead, it should seek to portray the true norms of a nation as it is, in a way that shows the inherent principle and reality of that nation; not that it does disrupt the principles and ethics of society in the form of film and cinema.

Will Ignoring Socio-Cultural Values Drive Netflix out of Turkish Cinema?