Are Saudis resorting to US military power or Britain weapons, or are Britain and the US competing for military and economic investment in Saudi Arabia? Amin Bagheri, researcher of International Relations & Political Science, discusses the geopolitics.

Changing the military arrangement is a tactical action by the countries of the world, sometimes intending to strengthen the defense and sometimes to attack a target. The United States had sent Patriot systems, dozens of military personnel and fighter squadrons to Saudi Arabia after widespread Yemeni retaliatory attacks on Saudi oil facilities and escalating regional tensions.

But it did not take long for Patriot systems to withdraw from Riyadh. Patriots who have failed to protect Washington’s allies, including Riyadh, from missile attacks by resistance groups such as the Yemeni group, cannot provide defensive immunity.

Of course, the outbreak of Corona is also one of the reasons for the relocation and reduction of US forces in the region. At the same time, the approach of the US presidential election and the demand of the people to reduce the American forces from different parts of the world can also be considered as one of the reasons for the change of the US military formation in the region.

Meanwhile, as soon as Saudi Arabia faced such an evacuation, it rushed to fill the vacancy left by American forces. However, the Saudis are now seeking military deals with Britain and strengthening cooperation by sending British troops and military equipment to Saudi Arabia.

The purchase and supply of these weapons by Saudi Arabia are to strengthen cooperation between two countries in the field of regional security and stability. But given recent events, including military intervention in Yemen, it can be said that Riyadh wants this military equipment to intensify its presence in the region and confront its regional rivals. Therefore, after a year of suspension, Britain resumed arms sales to Saudi Arabia and imported troops and equipment, and now Riyadh has become a good market for arms sales to London, as the volume of British arms sales and services to military Saudi Arabia, between 2015 and 2019, amounted to 15 billion pounds. The deal was worth 2.5 £ bn ($ 3bn) in 2019, and it remains to be seen how much Riyadh will spend on British weapons this year. Looking at the last 10 years, we can say that Saudi Arabia is one of the largest buyers of British weapons. As their military transactions exceeded 13 billion ($ 15 billion) between 2015 and 2017, most of them were ammunition and military equipment. 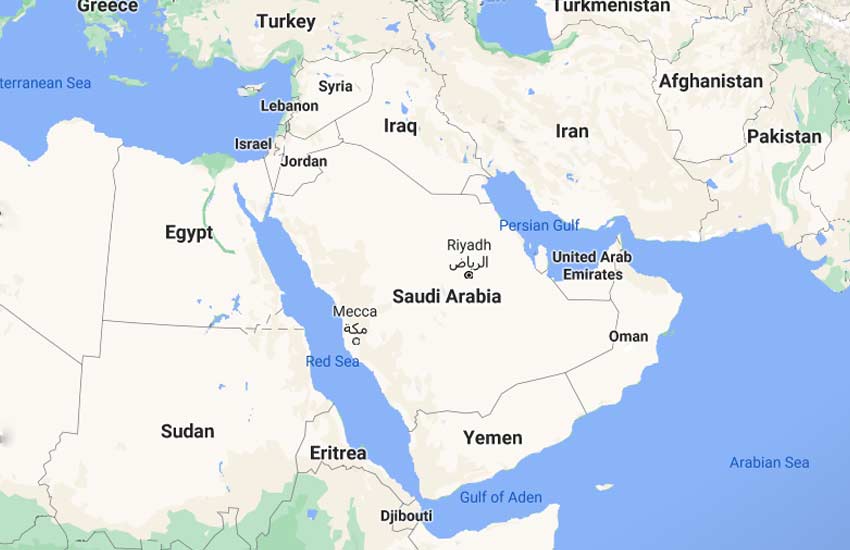 Why did Saudi Arabia resort to British Defense Systems?

After the United States withdrew from the arms deal with Saudi Arabia, Saudi Arabia resorted to British troops and defense systems and brought them to its territory for various reasons. But the most prominent reason for this action is to confront the Yemeni Ansarullah that the company Aramco targeted Saudi oil facilities in September 2019, causing significant economic damage to Saudi Arabia. After the failure of the agreement between Riyadh and Washington, the Saudi treasury suffered heavy losses, so Saudi Arabia is looking for more British troops in Riyadh.

But despite Britain’s missile defense capabilities, it cannot be said that Britain will be better or worse than the United States. And Riyadh will have to wait for time to pass. The British air defense systems, meanwhile, are distinguished by advanced infrared missile capabilities with an infrared scanner and an information processor that assists in identifying targets and guides the missiles automatically to the target. By this definition, British air defense systems are not much different from American, French or Western systems, and all of these countries are similar in the production of these weapons with a slight change in capabilities.

In closing, contrary to the Saudis’ belief in resorting to US military power, Britain and other countries selling military weapons, Britain and the United States are competing for military and economic investment in Saudi Arabia and the discovery of its oil and financial wealth. Accordingly, Washington will not cede Saudi Arabia to Britain and will try to maintain its forces there. But now the reason for Saudi Arabia to use air defense systems in times of tension in the Persian Gulf region is the fear of Ansarullah threats in Yemen. Because it is well aware that the US withdrawal from Riyadh by removing the Patriot system is a serious threat to the country, and this makes Saudi Arabia more vulnerable to Ansarullah ballistic missile attacks. As in 2019, Riyadh’s oil facilities were attacked by Ansarullah drones.

Haftar, the Burnt Bead of the United Arab Emirates, and its Allies